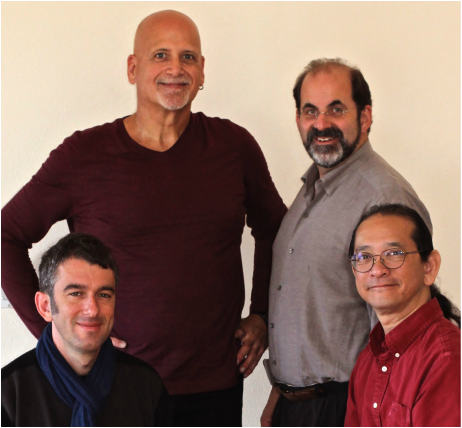 As you may know, one of the most important musical voices in the history of jazz was Michael Brecker.  The world lost Brecker 10 years ago much too early, at the age of 57.  During his lifetime, he was the leading voice playing tenor saxophone, creating and leading bands, composing innovative music, and recording and performing on thousands of occasions.  He was a musical revolutionary and icon.

Since his passing, his recordings continue to be heard by students of jazz and by jazz fans.  But his music is largely absent from the concert and club stages, because it is technically very challenging.

The project is a collaboration between the 27-year-old Bay Area jazz trio, Charged Particles (composed of drummer Jon Krosnick, bassist Aaron Germain, and pianist Murray Low), and their special guest tenor saxophonist Tod Dickow.  Dickow is a devotee of Brecker, has captured Brecker’s sound amazingly well on his instrument, and has transcribed a wide array of Brecker’s most enjoyable and challenging compositions.

You can read about the project and Brecker himself, listen to recordings, and read newspaper articles here: http://www.chargedparticles.com/tribute-to-michael-brecker-with-tod-dickow.html