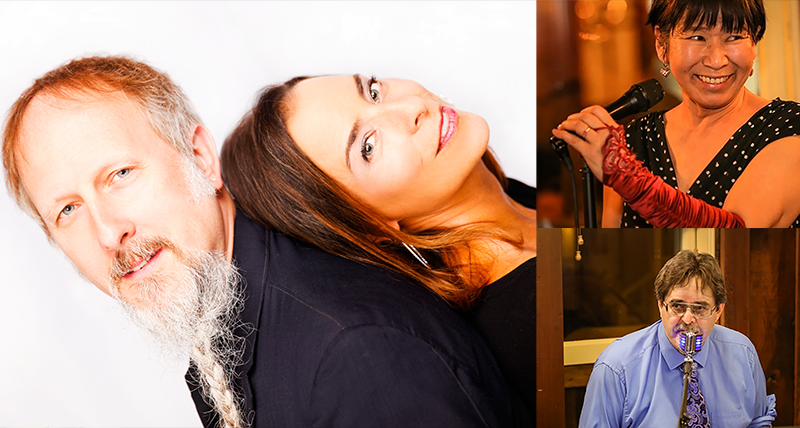 Jenna & Rolf have just released their second recording, entitled, “Begin To Dance”. It is the follow up to their 2015 debut release, “Spark”. “Begin To Dance” is filled with jazz standards, classic pop songs, and originals.

“Exquisite!” says author/radio host Ben Fong-Torres, former senior editor of Rolling Stone Magazine and perennial king of what’s hot and what’s not. He’s talking about pop/jazz vocalist/songwriter Jenna Mammina and he is not alone. Recognized as one of the leading women of jazz/pop crossover for three years in a row by Jazziz Magazine, she has had the honor of recording an original song “A Love that Lasts”, on the “Jazziz Women Vol. 4” CD, alongside tracks by Diana Krall and Norah Jones. Her song “Contradictions” was included on the 2004 KKSF Aids Relief Sampler CD, featuring Joe Jackson and Brenda Russell.

“Rolf Sturm is an astounding fingerstyle player effortlessly alternating between swinging jazz chords and beautifully executed single note lines. His improvisational abilities are both impressive and expressive.”, writes James Scott from his Minor 7th Webzine review of Rolf’s solo CD: “Balance”. “..Sturm is a prodigious talent and is an unparalleled virtuoso of the nylon stringed guitar. “Balance” is highly recommended and should be required listening for all fans of contemporary music.”

Their name is a little difficult to understand, but their music is instantly recognizable.The duo calls themselves “Majide”, pronounced MAH-JEE-DEH, which is a Japanese slang term meaning “Seriously!” Featuring International vocal stylist Machiko Shimada (she can sing in five languages) and veteran keyboard artist Paul Kemp, (55 years tickling the keys) Majide is anything but too serious. Majide enjoys playing songs with memorable melodies and meaningful lyrics from the Great American Songbook.