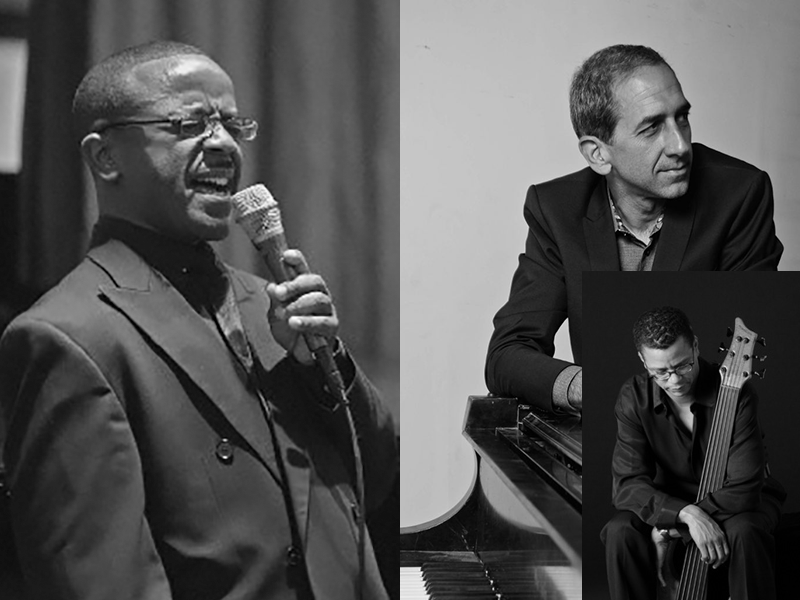 One of the greatest living Jazz vocalists, Kenny Washington is no stranger to the Mendocino Coast. He has thrilled audiences at the Mendocino Music Festival and in every other venue where he has performed.

At the last minute, Larry Dunlap had a family medical emergency – we wish Larry and his family a speedy recovery.

Gary Brown has also made The Sequoia Room stage swing several times, most notably with Nicolas Bearde, among others.