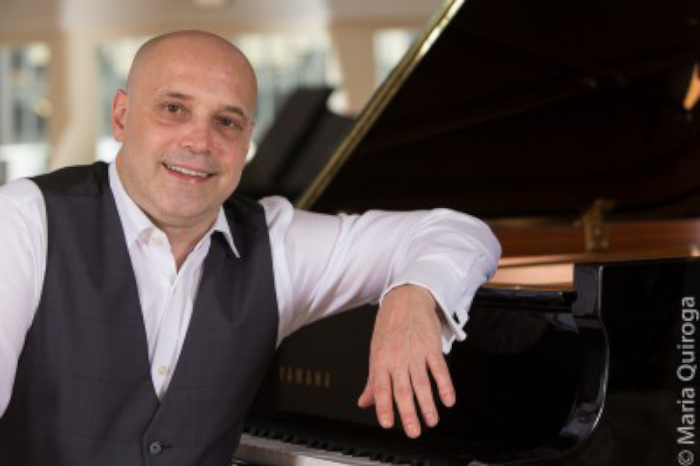 Based in New York City, Larry Fuller is a world-class jazz pianist rooted in the hard-swinging traditions of mainstream jazz. Larry was the last pianist with legendary bassist Ray Brown’s Trio, a member of the Jeff Hamilton Trio, and most recently a member of the John Pizzarelli Quartet. Larry’s playing has been described by critics as “summarizing the history of jazz”.

“In his amazing gossamer piano solos he sprinkles stardust on whatever song he plays, you hold your breath in wonder.”
~ The New York Times

“Fuller’s polished technique stems from two of his main influences, Oscar Peterson and Phineas Newborn, Jr., to which is added the blues acumen of a Gene Harris and the swinging drive of a Monty Alexander.”
~ JazzTimes

Based in New York City, Larry Fuller is one of the premier mainstream jazz pianists living today.  He is known by critics to “swing like a beast”.  Fuller began his professional musical career at the extraordinary age 13 in his hometown of Toledo, Ohio and the Midwest region.

In his early 20’s, Fuller’s undeniable talent earned him the position of musical director and pianist for Grammy-nominated vocalist Ernestine Anderson.  He then joined renowned drummer Jeff Hamilton’s Trio before gaining the honor of manning the keys as the legendary Ray Brown Trio’s final pianist.  Of Fuller, Ray Brown said:  “He brings vitality!  He swings hard and I like that”.  Fuller also performed for several years with guitar-vocal great John Pizzarelli.