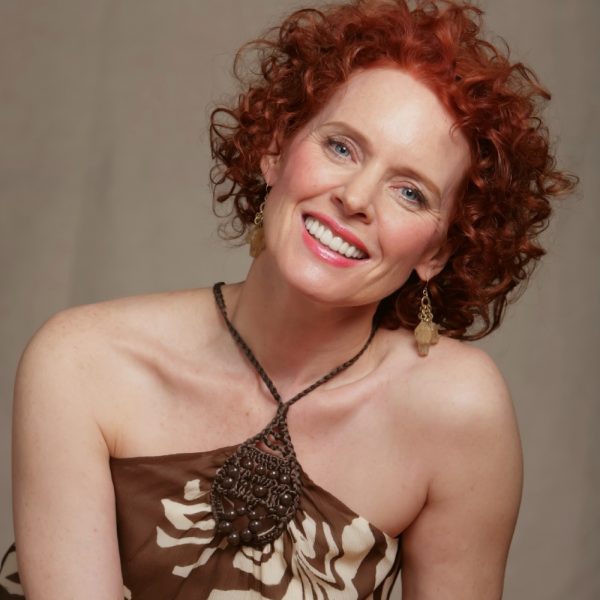 The Lynne Arriale Trio, featuring bassist, Aidan Carroll and drummer, Ross Pederson will be making its debut in the fall of 2017.

This new group will create a fresh and exciting exploration of Lynne Arriale’s musical world.

Lynne Arriale’s music lies at the synaptic intersection where brain meets heart, where body meets soul. She is one of jazzdom’s most intensely unique voices. — JazzTimes

The poet laureate of her generation — Jazz Police

Pianist/composer Lynne Arriale’s career is graced by a love of melody and a joy of musical discovery. Arriale has performed on international concert and festival stages over the past 25 years. The consummate storyteller, she immediately connects with her listeners. JazzTimes wrote, “She achieves a special, deep connection with her audience, and the energy flows both ways. Arriale’s emotional authenticity allows her audience to feel and think along with her.”

At the core of Arriale’s appeal is her ability to communicate with her band and listeners. “The poet laureate of her generation” (Jazz Police), her performances and recordings with her trio have led to comparisons with the great trios of Bill Evans and Keith Jarrett, yet she has been consistently praised as having a “singular voice” as a pianist, leader, composer, and arranger.

“I really can’t compare her to anyone,” said recent collaborator and multi-Grammy winner Randy Brecker. “Her music transcends the word ‘jazz’ – it is just pure music.”

With a style that is vibrant, lyrical and intimate, with a great joy of musical discovery, the Lynne Arriale Trio provides an exhilarating musical experience that touches hearts and minds. The trio is known for reimagining the classics of The Great American Songbook, modern popular classics by the Beatles, Sting and Blondie, playful deconstructions of the tunes of Thelonious Monk and Lynne’s own highly melodic and compelling compositions. With each note, her touch and her musica
l imagination, she has created a sound and a musical voice that is uniquely her own.

Lynne is thrilled to be collaborating with such extraordinary musicians as Aidan and Ross.
Aidan Carroll is a versatile and thriving bassist living in Brooklyn, NY. Aidan Carroll’s passion, determination, and creativity for music has given him the opportunity to perform with such diverse and esteemed artists as Fred Hersch, Ben Monder, Greg Hutchinson, Aaron Goldberg, Donald Fagen, Warren Haynes, Melody Gardot, Lisa Fischer, Ralph Alessi, Seamus Blake, and toured with the Dan Tepfer Trio, Logan Richardson’s SHIFT, multilingual singer Marta Topferova, Zimbabwean singer Chiwoniso (R.I.P.), Sister Sparrow and the Dirty Birds, and Melody Gardot. Carroll regularly works with his New York peers playing in town with groups led by Sullivan Fortner, Chris Dingman, Julian Shore, John Raymond, Richie Barshay and Jason Palmer. Carroll was selected to attend the prestigious Banff Creative Workshop, where he studied with James Genus, Donny McCaslin, Dave Douglas and Rez Abassi. He earned his Masters of Jazz Performance at The City College of New York where he worked with mentor John Patitucci for two years.

Lynne was the first prize winner of the 1993 International Great American Jazz Piano Competition. Her 13 CDs as a leader have topped the Jazzweek Radio Charts; Inspiration and Arise reached #1 and Come Together #3, Nuance #4 and were included on numerous “Best Of” lists, including The New Yorker and United Press International. Her tenth trio recording, LIVE (CD/DVD) was named one of UPI’s Best Jazz CDs and among The New Yorker Magazine’s Best CDs of the year. Solo was named one of the top CDs of 2012 by JAZZIZ Magazine, and Convergence was named one of the top 50 CDs of 2011 by JazzTimes. Arriale was #13 and #17 in the piano category for the 2015 and 2016 Downbeat Reader’s Poll.

A devoted educator, Lynne Arriale has conducted educational clinics and masterclasses throughout the world and is currently Professor of Jazz Studies and Director of Small Ensembles at The University of North Florida in Jacksonville.

What the critics are saying:

A singular voice as a pianist and leader … a powerhouse. — Downbeat

Lynne Arriale is putting the heart back into jazz.
— The Sunday Times, London

A great organic pianist and composer whose beautiful and muscular playing ranks with Mehldau and Bill Evans. — L.A. Weekly

Lynne Arriale’s brilliant musicianship and bandstand instincts place her among the top jazz pianists of the day. — New York Times
She belongs among the poets. Truly distinctive, her improvisations weave a seductive combination of lyricism and muscle.
— The London Times

This sound comes straight from the spirit. She holds the audience spellbound. — Jazz Improv

There may be no jazz artist working today who brings a broader spectrum of musical ideas to the connection of mind and heart.
— Jazz Police

Lynne Arriale has developed a reputation for being an intelligently harmonic and effortlessly lyrical pianist, orbiting in the same rarified sphere as Fred Hersch, Alan Broadbent, and the late Tommy Flanagan.
— All About Jazz

Lynne Arriale creates difficulties for reviewers: how to find fresh superlatives for a pianist who maintains such extraordinarily high standards? There is a handful of jazz pianists that I would gladly listen to all night long. Those master craftsmen Ahmad Jamal and John Bunch immediately come to mind. Arriale makes three.
— The Sunday Times, London

Known for their signature sound, creative interplay, and joyous enthusiasm, Lynne and her musicians seemed to be inventing out of a shared metabolism. — The Boston Globe.

Lynne Arriale is a monster of a piano player-a gentle monster. She swings as hard as anyone but in a modern way. She can play soft and gentle like Bill Evans or loud and heavy like Monk or McCoy Tyner, and her harmonies are extraordinarily rich. She is an explorer, and a true artist, with a very unique voice and her ego seems to be completely out of the picture, allowing her to take musical explorations that only such humility can get you a ticket for. And to top it off, she writes beautiful melodies that are memorable and singable, yet with mindboggling harmonic richness. — Jazz Improv Magazine