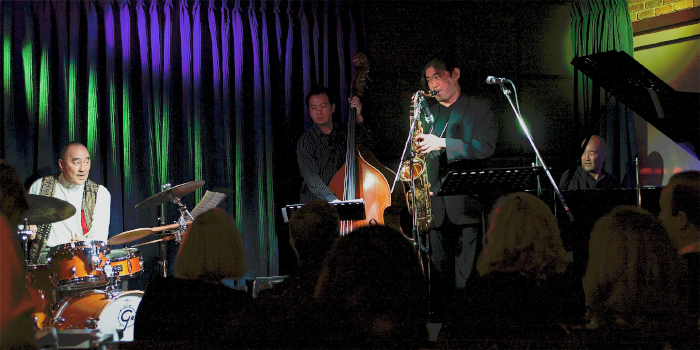 This will be recorded for a potential live release!

What makes this group unique is that the members learned their craft here in the US and seek to illuminate songs of their Japanese ancestry in a uniquely American way. Otonowa has visited the Tohoku region for four consecutive years concertizing and conducting clinics for youth in communities still rebuilding after the 2011 Earthquake/Tsunami. This group was formed inspired by the events of that time and the survivors who escaped the horrific events that claimed over 20,000 lives.

Otonowa has returned to Japan five times in a self-funded, charitable outreach effort. Especially poignant of this group’s appearance at the Sequoia Room is that Otsuchi, a city Otonowa visits, is the ‘sister city’ of Fort Bragg. It is the hope that the group’s performance will inspire the city of Fort Bragg to continue their long standing relationship as sister cities.

The ticket sales will benefit the Otonowa project, with portions paying the musicians.