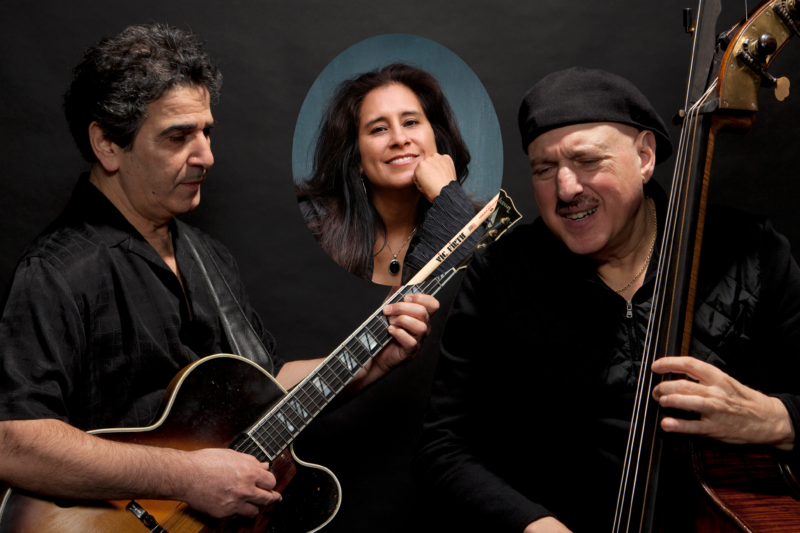 Jazz guitarist Roni Ben-Hur has earned a sterling reputation as a musician and educator, renowned for his golden tone, improvisational brilliance, compositional lyricism and ability to charm peers, students and listeners alike. Eminent jazz critic Gary Giddins wrote in the Village Voice: “A limber and inventive guitarist, Ben-Hur keeps the modernist flame alive and pure, with a low flame burning in every note … [He’s] a guitarist who knows the changes and his own mind.” Roni – born in Israel in 1962 but a longtime American citizen, based in New York City – has recorded a dozen albums as leader or co-leader, with The New York Times praising his “crisp, fluid style” and Time Out New York calling him “a formidable and consummately lyrical guitarist.” He has developed a rare facility in both straight-ahead jazz and Brazilian styles, evidenced by his work with masters in both fields, from pianist Barry Harris and saxophonist/ flautist Frank Wess to vocalist Leny Andrade. The Star-Ledger of New Jersey summed up Roni this way: “A deep musician, a storyteller, Ben-Hur works with a warm, glowing sound and has an alluring way of combining engaging notes with supple rhythm.” Along with releasing acclaimed educational products – such as the instructional DVD Chordability and method book Talk Jazz: Guitar – Roni has directed international jazz camps for some 15 years. Jazz guitar star Russell Malone got it right when he said: “Everything Roni does is beautiful. He has the magic touch.”

Sylvia Cuenca is an active drummer on the New York jazz scene who is contributing outstanding performances in a variety of situations. She has had the honor of sharing the bandstand with saxophone legend Joe Henderson for 4 years and trumpet legend Clark Terry for 17 years and many others. In 2015 she performed at Dizzy’s Jazz at Lincoln Center with Albert “Tootie” Heath’s 4 drum set group called “The Whole Drum Truth” which also included drummers Louis Hayes and Joe Saylor.  In 1988 and 1991 Cuenca received jazz performance grants from the National Endowment for the Arts and in 1992 she was a semi-finalist in the Thelonious Monk International Drum Competition.