A weeja-beeba! Puck the Beer 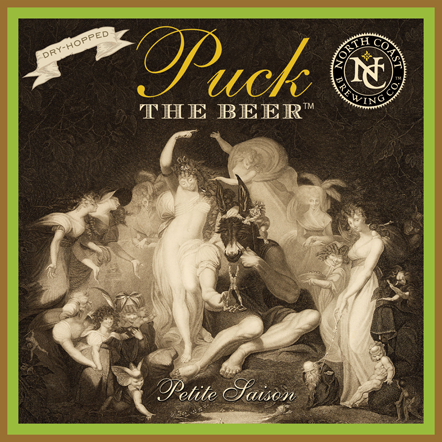 How did Puck come to be the name of this beer? Puck has been with us since long before Shakespeare; medieval English folklore tells of a woodland spirit who could help or hinder the making of your beer by providing or withholding the “barm” (in those days, the nature of the yeast that fermented beer and wine was not yet understood; it was magical!). The work of a puck, or puca, was done by moonlight and often included mischief. With a Midsummer Night’s Dream, this playful spirit became a singular character; we like to think of him embodied in “The Beer” – PUCK!