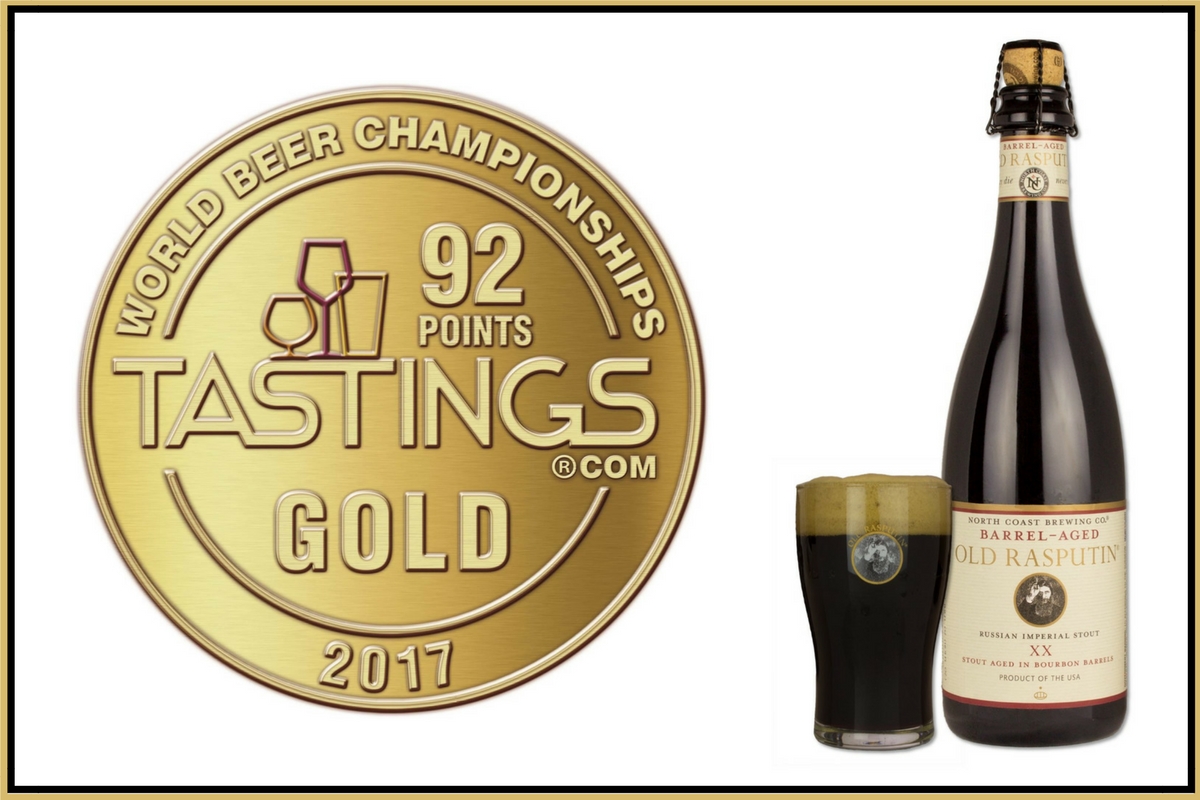 Every year, we age a special batch of our infamous Old Rasputin Russian Imperial Stout in bourbon barrels, adding an extra kick and flavor profile to an already impressively well-balanced and potent brew.

We’re excited to announce that this year’s annual release of Bourbon Barrel-Aged Old Rasputin XX has earned 92 points and a Gold Medal at the prestigious Tastings.com World Beer Championships! Earning the highest honor at America’s oldest annual international beer competition confirms that our 2017 release is every bit as deep, intense, and complex as both its barrel-aged predecessors and its namesake, the Russian mystic Grigori Rasputin.

The judges — a mix of Tastings.com’s trained staff and top beer professionals and buyers — complimented the depth and layering of Barrel-Aged Old Rasputin XX’s flavors and aromas, calling this year’s release “a remarkably smooth and balanced imperial stout with great finesse and complexity.”

In receiving a Gold Medal, XX joins its brethren of years prior as winners of the top award at the World Beer Championships. Barrel-Aged Old Rasputin XV, XVI and XVII all earned Gold Medals in past competitions.

North Coast Brewing Company’s Barrel-Aged Old Rasputin is available in limited supply at better beer stores nationwide in 500 ML bottles with a cork and wire finish. Use our Beer Locator to find it near you.