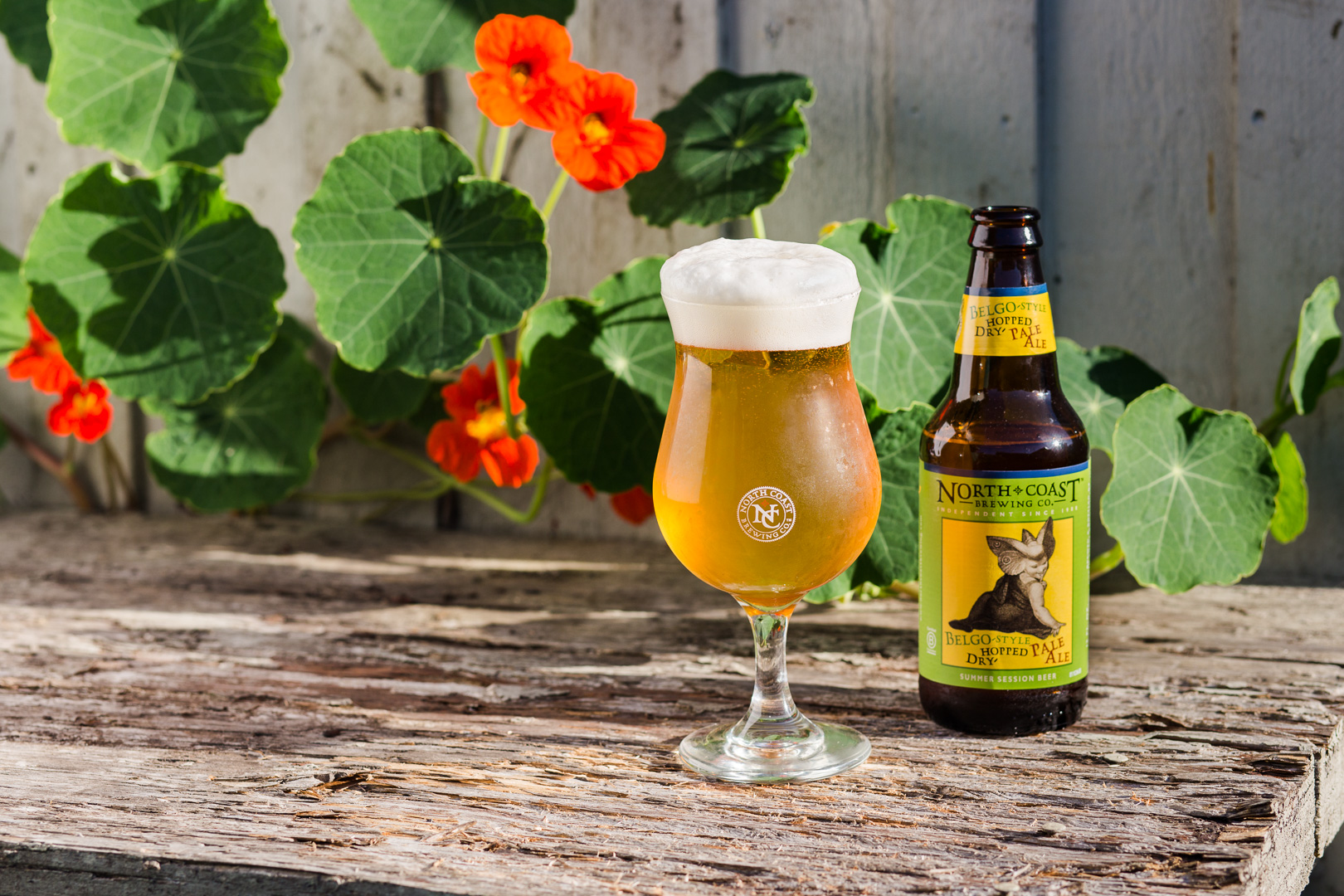 Continuing our 30-year tradition of crafting balanced expressions of classic beer styles, we have released, for the second year in a row, our thirst-quenching Belgo-Style Dry-Hopped Pale Ale. This limited seasonal arrives just in time for summer’s longest, laziest days.

Light, spritzy, and fermented to brut-like dryness, Belgo is a summer session beer extraordinaire — yet it has its complexities. With a creamy, white head and subtle aromas and flavors that smack of the tropics, but just so, this take on Belgian Pale Ale showcases a perfectly carbonated marriage of hop spiciness and refreshing drinkability. And at only 90 calories per 12-ounce bottle, this swimsuit-friendly beer can be enjoyed all summer long.

Lovers of Le Merle, our award-winning Saison, will discover fond similarities in a sip of Belgo, which is brewed with the same malt, hops and yeast as Le Merle, but less grain, cutting the ABV to a quaffable 4.1 percent. The finish, however, is one place these two beers differ.

“The twist we gave Belgo, which is absent in the very traditional Le Merle, was to lightly dry hop the beer using Mosaic and Citra hops, which confer a subtle, yet very satisfying hop aroma and flavor that finishes the beer nicely,” Brewmaster Patrick Broderick said. “Belgo is the perfect beer for lazing by the pool on those hot, summer days.”

Available in 12-ounce six-packs for a limited summer run, Belgo-Style Dry-Hopped Pale Ale is already on the shelves nationwide. Beer drinkers can use our Beer Locator to find it at better beer stores near them before the sun sets on summer, or ask their favorite purveyor of craft beers to order Belgo.

About North Coast Brewing Company: Founded in 1988, North Coast Brewing is a Certified B Corp and a California Benefit Corporation whose mission is to make the world a better place one pint at a time. Their pioneering brewing efforts with Old Rasputin, their Belgian style ales, and barrel aging, along with their focus on sustainable practices, have established them as leaders in the craft beer community.