[NOTE: This profile was originally published by The Brewer Magazine and can be read here: http://thebrewermagazine.com/brewer-magazine-qa-patrick-broderick-north-coast/]

This is a part of a continuing series of Q&As with brewers from across the U.S.
Brewer Magazine will share business and personal insights from Brewmasters, Head Brewers, Brewing Managers and others each weekend to help you, a fellow brewer, Brewmaster or brewing manager get to know each other better in the industry and learn more to better develop your own brand. 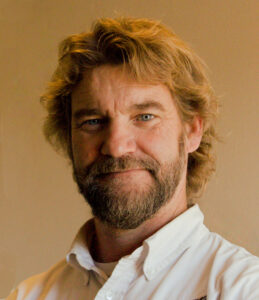 ​BREWER: ​What is a lesson learned within your position that sticks with you to this day?
​BRODERICK: ​I have been in brewing for over 26 years, with the most recent 5 years in my role as Brewmaster. During those years, there have been so many lessons learned that it’s truly impossible to track all of them. Preparation, organization and communication are all processes that I use in my role as supervisor.

I have been fortunate to have grown into this position at North Coast Brewing Co., after originally being hired as an apprentice brewer 26 years ago. I have slowly acquired the skills of organizing my agendas, preparing for future events and communicating with my colleagues. Organization, preparation, and communication are now skills that have been added to my role and have helped fuel my success at North Coast Brewing.

​BREWER: ​Who is your mentor in the industry and why? What have you learned from them?
BRODERICK: My mentor in the craft beer industry is Mark Ruedrich. Mark is the President and Co-founder of North Coast Brewing Co., and is a pioneer in the craft brewing Industry. He hired me out of college as an apprentice back in 1992, having founded the company four years earlier in 1988.​ ​Mark is a brilliant man and learning brewing under him has been a tremendous privilege.​ ​

When he was creating the production fundamentals of this company, Mark went about things a​ ​bit differently than most of the industry, focusing on details that would later set his methods​ ​apart. In the beginning, we were a small 7-bbl microbrewery, but regardless, we had a​ ​laboratory that checked the biological purity of each batch of beer. Contamination has never​ ​been found because of the rigorous brewing process Mark had instilled, and we are committed​ ​to guaranteeing the biological purity of our beer for customers.​ ​Quality was, and still is, the primary focus in Mark’s brewing process, and it doesn’t matter how​ ​much time and effort it takes to achieve that quality.

It wasn’t until years after I began working​ ​at North Coast Brewing Co., when I began hiring brewers with prior experience, that I realized how different our approach was. Mark has taught me so much, from decision making, to stepping up in a leadership position as a brewmaster. Everything I am as a brewmaster can be credited to him. 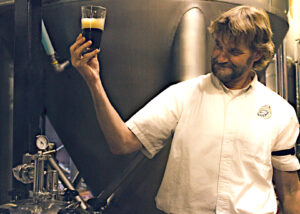 BREWER: ​What have you added to your brewery lately (concepts, equipment or technology) that’s unique or making your business more successful?
BRODERICK: The principal challenge of operating a brewery located in a such a remote location, although​ ​the Mendocino Coast is extremely beautiful, is space. The North Coast Brewing plant ​is ​​land-locked on a city block, with no space to annex nearby for additional production. All of the​ ​equipment changes we have made to the plant have been done to increase the production of​ ​our 12,000 square foot plant.

Because we couldn’t physically expand our space, we instead looked for ways to make​ ​our work as efficient as possible. For example, we recently replaced our old and slow filler with​ ​a brand-new state-of-the-art filler that packages 250 bottles per minute. Our focus is on​ ​efficiency and increasing the production capacity without increasing space. The most innovative​ ​new equipment addition for our brewing space has been the Meura Mash Filter Press which we​ ​installed in 2015.

As with the other new equipment, we were looking to increase the production capacity without increasing space, and we were able to do that by vastly shortening​ ​the amount of time it took to separate wort. The Mash Filter Press lauters one 50-bbl batch in​ ​an hour in comparison to our old lauter tun which would take over three hours to accomplish​ ​the same task. I’m surprised more craft breweries have not invested in similar technologies.

​BREWER: ​In today’s business climate for craft beer, how do you feel your brewery will grow?
BRODERICK: The craft beer industry is overcrowded, making it difficult for emerging brands to find representation in the marketplace. Even if newer brands manage to acquire shelf space, they face a major battle with the larger craft breweries for brand recognition.​ ​North Coast Brewing’s role as a pioneering member of the craft brewery space for the past thirty years has resulted in strong brand recognition in the industry.

Some of our brands have come to be iconic in stature. If you Google Russian Imperial Stout one of the first things you will see is an image of our Old Rasputin. North Coast Brewing’s Scrimshaw Pilsner is currently the​ No. 1​ craft-brewed ​P​ilsner on the market. If you want a domestic Belgian-style ale, our PranQster is a go-to. The fact that we have national representation in just about every state makes acquiring chain-store authorizations much easier and provides a tremendous advantage in the market. Chain store authorizations offer the best chance for sustainability in today’s craft beer market.

​BREWER: What sort of innovations in craft beer excite you?
BRODERICK: My role at North Coast Brewing is largely management focused, but I am fortunate to find time to experiment with new recipes and brewing methods. Some of the new styles of beer out there a bit much for me, I like old-world styles. However, every once in a while, I’ll read about some new style of beer or taste someone’s beer that has some new twist on it that I find interesting. Other times I’ll take an old-world style and give it my own twist. I guess the innovations I enjoy most are those involving the ever-changing craft beer scene. Hazy IPAs, Brut IPAs (we brewed a non-light beer using glucoamylase five years ago), smoked beers, chili-infused beers are all examples of brewing innovations that excite me.

​BREWER: ​If you had one strategy that you could implement to better the craft beer business as a whole, what would it be?
BRODERICK: The best strategy I would offer about survival in the craft brewery space, is the same one that North Coast Brewing has adopted from the beginning: attention to the finest detail and never compromising quality. The best business plan must include a quality product. Beer is easy to make but producing great beer on a regular basis takes great effort.