Our President and Co-Founder Mark Ruedrich has had a lifelong interest in the sea and marine life, earning a degree in Zoology with the intention of one day working as a Marine Biologist. When he reached California’s North Coast, however, he decided to open a brewery instead.

The first beer he brewed in 1988 became his first, but not last, ode to the ocean: Ruedrich’s Red Seal Ale. The brew continues in production today and is one of the pioneering beers that helped ignite a craft brewing renaissance on the West Coast and around the nation.

Now in our 30th year, we’re committed to being a humble leader in the craft brewing industry, recognized for both our diverse and delicious brewing styles as well as our staunch commitment to community and environmental initiatives.

One such initiative is our Marine Mammal Fund, which formed when Ruedrich was approached by Andrew Trites from the Marine Mammal Research Unit at the University of British Columbia after one of his technicians noticed Red Seal Ale. For Ruedrich, this was the perfect opportunity to combine his love of beer and the ocean in the form of his next, but still not last, ocean-friendly brew: North Coast Steller IPA.

Named for the endangered Steller Sea Lion, a Pacific-dwelling species that has seen a steep population decline since the 1970s, North Coast Steller IPA is a generously hopped yet well-balanced India Pale Ale.

“It seems natural for us to support this kind of work,” Ruedrich said. “Our hope is that this really helps to raise awareness for what is a very serious environmental problem.”

Mindful Brewing for a Better Future

Inspired by our daily interactions with the pristine Pacific Coastline, we’ve made an effort to reduce or eliminate material from our wastestream, including everything from spent grain from the brewing process (it’s composted at a local farm) to plastic packing materials used in the shipping of brewing equipment and beer. This effort has resulted in 99.36% of all solid waste diverted away from the landfill, earning our brewery the highest ranking — Platinum — for TRUE Zero Waste Certification.

World Oceans Day, celebrated every year on June 8th, is meant to raise awareness about the important role that oceans play in our lives, and what we can do to protect them. Since 2002, The Ocean Project has worked to promote and coordinate activities around the world. Many initiatives center around the reduction and elimination of plastics, as they pose a direct and growing threat to ocean health and marine life. 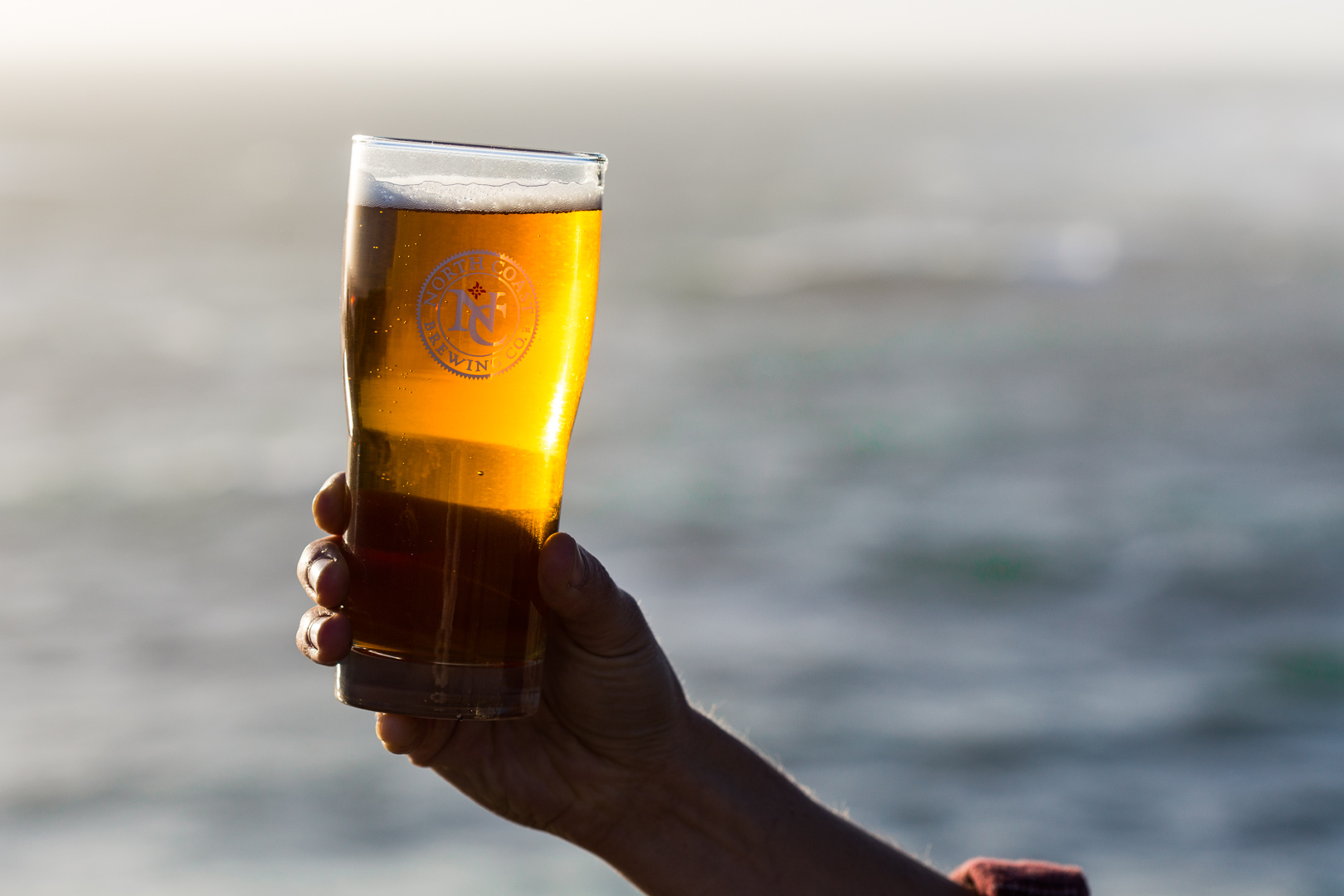 Now brewing four marine-centric beers, we renew our commitment to protecting sea life on a daily basis. We encourage beer drinkers to celebrate World Oceans Day by hoisting a pint of ocean-friendly North Coast Steller IPA, and by making a contribution to their favorite organization dedicated to the health of our amazing oceans.