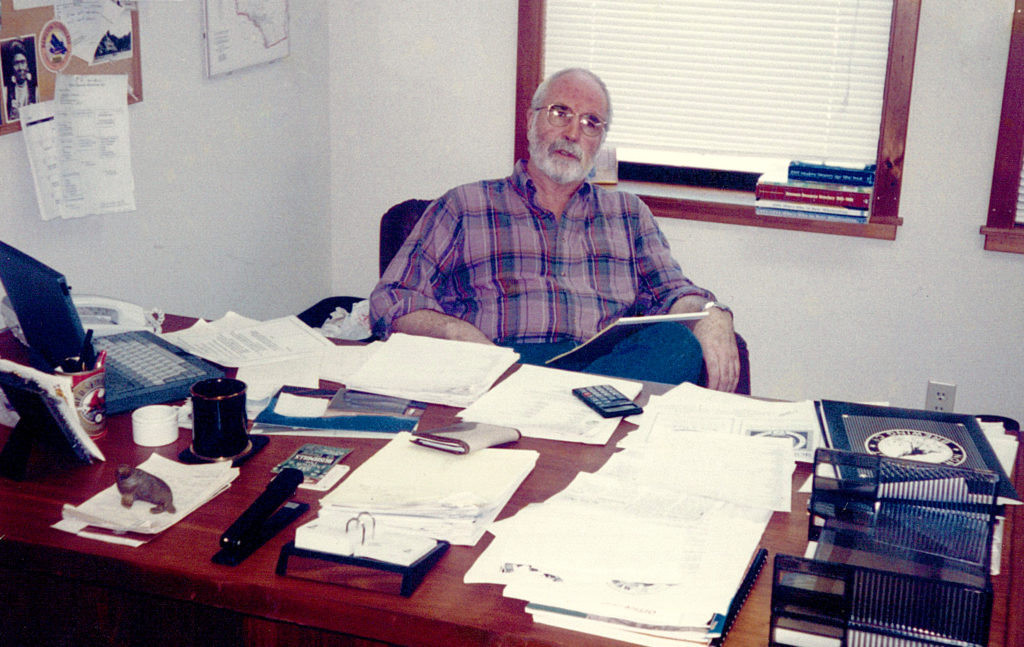 The road that would eventually lead North Coast Brewing Company to become one of the best breweries in the world started at a dilapidated house in Mendocino, California. In 1985, after two decades working for advertising companies in New York and San Francisco, Tom Allen, with his wife Sue, bought one of Mendocino’s old houses with plans to convert it into an inn. But that meant first hiring a contractor to complete renovations.

“It was really a shambles,” Allen said.

During Rosenthal and Ruedrich’s work on the house, Allen’s daughter sent him a photo from the San Francisco Chronicle of a Newfoundland dog, knowing his love of the breed.

“It was the bar dog for Triple Rock pub which was just opening in Berkeley,” he said.

The photo of the Newfoundland was the catalyst for events to come. Allen showed the photo to Rosenthal, who commented on Ruedrich’s exceptional homebrewing ability.

“Nothing would have happened if Mark didn’t make great beer,” said Allen. “We just thought a brewpub would be a great idea for the coast.  That was the amount of research that went into the project.”

In the middle of the 1980s, brewpubs were a brand new idea, but nonetheless the three men started looking for real estate and investors to open the business.

The building they finally found was at one time Fort Bragg’s mortuary, sharing property with the Presbyterian Church, which was located next door in what would become the parking lot of the brewpub. 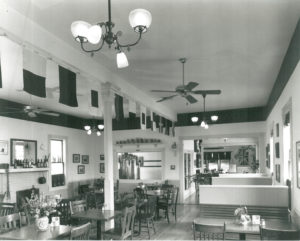 Interior of North Coast Brewing Company brewpub prior to 1994. The original mash tun is visible in the brewhouse through the viewing window in back center.

At that point, the building was vacant.

“We had to convince the church we were going to be wholesome and family-friendly and weren’t going to cause trouble,” Allen said.

“Merle was incredibly instrumental. She was mother hen,” said Allen. “We couldn’t have done it without Merle.” Ruedrich knew of brewing tanks for sale in England, according to Allen. So the new partners bought them, modified them to what they needed for the new business, and then sold the rest to help cover costs. Ruedrich became brewmaster, while his wife, Merle Ruedrich, managed the restaurant side.

In the beginning, there were three North Coast Brewing Company beers. The first beers produced were Scrimshaw, Old No. 38 Stout, and Ruedrich’s Red Seal Ale. When brew pubs were starting in the 1980s, pale ales were the dominant style of brewing and Allen feels Red Seal might have been the most hoppy beer in America at the time of release.

Tom Allen is unequivocal in which beer he prefers.

“Red Seal Ale is the best beer in the world. No question,” he said.

The beer that surprised Allen is Scrimshaw, a Pilsner-style beer.

“It languished for a while in the beginning when the interest in craft beers centered on pale ales. Then about 5 years ago, it took off like a scalded dog,” he said. “We joke about it being a gateway drug to craft beer.”

When the pub first opened in 1988, they received a singular guest in the beer world.

Michael Jackson, an internationally recognized beer writer and authority, visited. Allen said Jackson wanted to sample their beer, but the beer wasn’t quite ready. Finally, Jackson convinced the new brewery owners to allow him to sample the green beer anyway. According to Allen, Jackson was impressed. 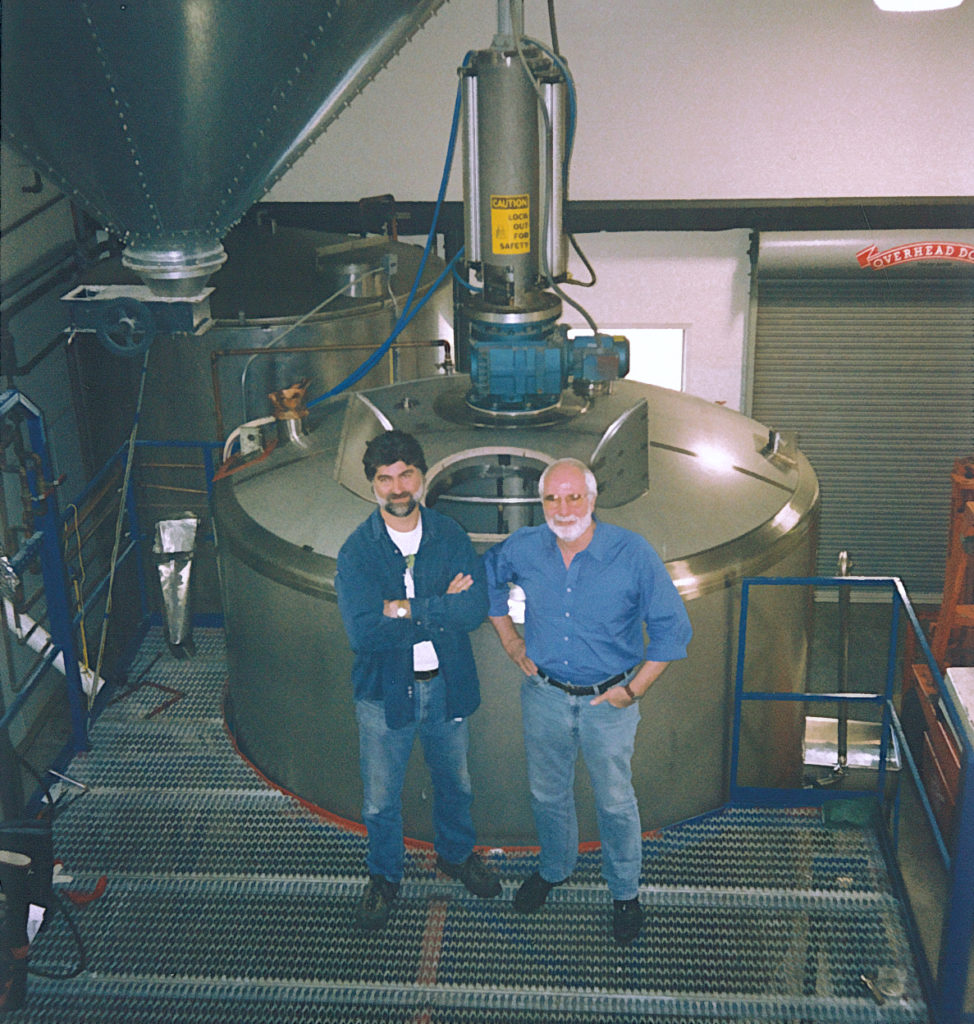 Mark Ruedrich, left, and Tom Allen, in the newly completed brewery in 1994. Allen and Ruedrich are two of the founding partners of North Coast Brewing Company.

After a year or so, Allen said, the partners knew they had a success on their hands and the brewery was going to need more room. And more capital. So the business was restructured into a corporation, sold some stock, and got some Small Business Administration money.

Across Main Street from the little brewpub was the location of a former gas station, owned by the Rossi family. It became the site for the new production brewery, and the new facility began brewing North Coast beer in 1994 in an industry still growing and becoming increasingly competitive.

“Everybody who could boil water has opened a brewery,” Allen said.

In 2004, Allen moved to Austin, Texas, but remains on the company’s board of directors. A founding partner, he is optimistic about the future of North Coast Brewing Co.

“With all the amazing people who have joined us since those early days, I have every confidence we’ll keep doing what we’re doing very well,” he said.