The History of Our Old Stock Ale 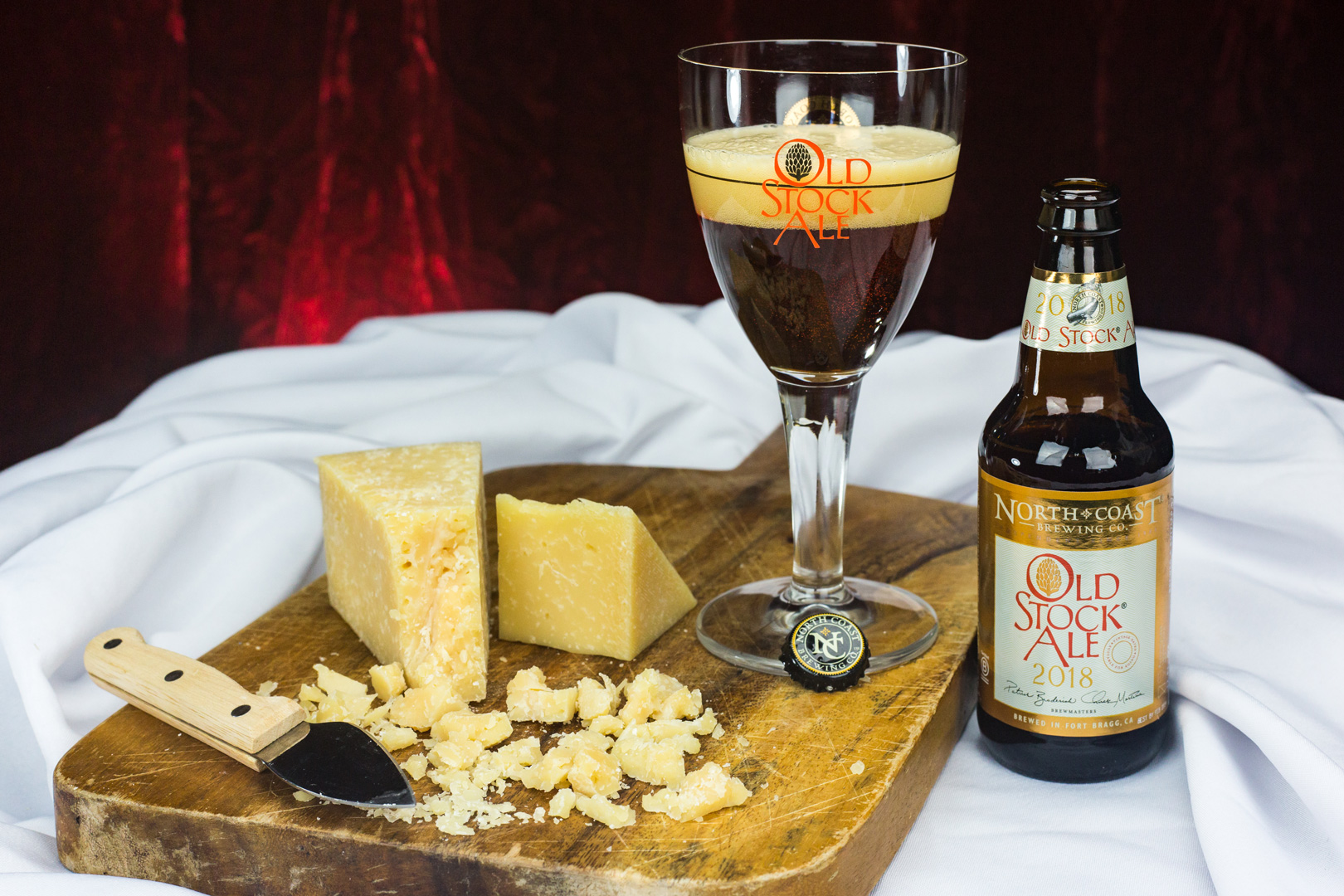 We released our first Old Stock Ale in the year 2000, but our interest in the “Old Ale” brewing style dates back to a time in the 1990s, when the last of the classic English old ales had nearly disappeared from the market.

Prior to the Industrial Revolution, English investors would buy young, mild ale from brewers, age it to add value and then sell it at a higher price to London pubs. Brewers learned to keep some of their beer aside to age before selling it to local patrons. This aged ale was known as “stock ale” and was sometimes mixed with younger beer to add a mature quality, or simply to strike a balance between the sharpness of the stock and the sweetness of a milder ale.

Inspired by this history and saddened that the brewing and aging of Old Ale was nearly an extinct art, we decided to create some “stock ale” of our own. Our first step was to line up suppliers of English malt and hops as a nod to the origin of this brewing method.

We chose the classic Maris Otter malt, and for our hops we decided on Fuggles, arguably the most revered and famous English hop, and the East Kent Golding, another quintessential English variety that was developed in the late 18th century for both kettle and dry hopping. Fuggles add a full bodied flavor to traditional ales, while the Goldings are known for their subtle citrus, floral, and herbal characteristics.

With our ingredients ready, we got to work brewing our first vintage dated beer, and put some away to see how it would age. We found that, just as history suggested, our Old Stock Ale tasted better and better over the years. So we kept on brewing it! Nineteen vintages later, we think it’s safe to say that our Old Stock Ale is a success worthy of any English pub.

“Taste some today and put the rest away”

Each year at North Coast Brewing, we release a batch of our Old Stock Ale. Our 2018 edition is available now. While it is drinkable right away, Old Stock Ale is brewed to improve with time. It mellows and rounds out over the years, just like the best of us! 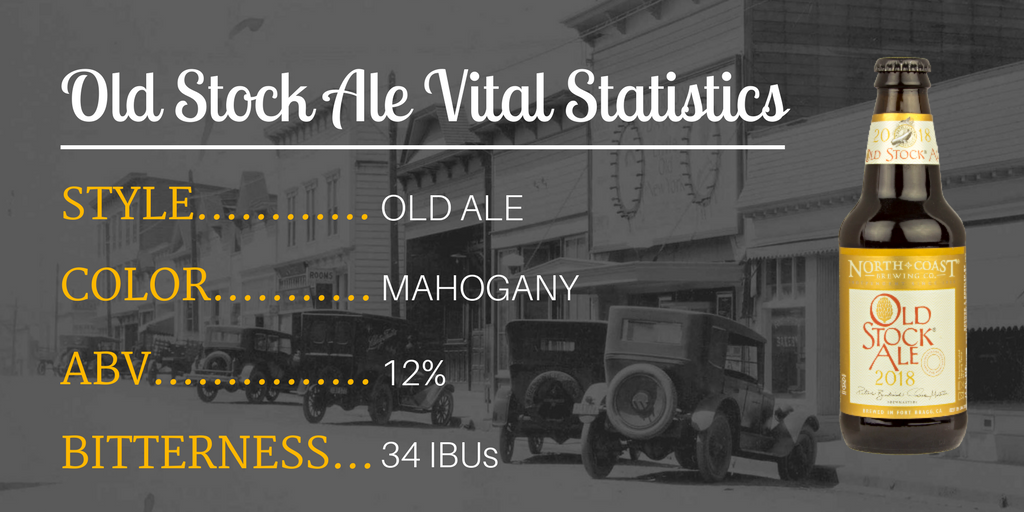 We recommend tasting a young Old Stock with a pairing of Parmigiano-Reggiano or a classic English Cheddar like the Lincolnshire Poacher, Montgomery Cheddar or Keen’s Cheddar. Older vintages that have been cellared pair well with classic blue cheeses like an English Stilton or a Spanish Valdeon.

How to age your stock

You don’t need a cellar to age your Old Stock Ale. Simply find a cool, dark place out of direct sunlight, such as a closet or cupboard in your house and put a few away. If you do have access, the preferred cellar temperature for aging our stock is a constant 45-55 degrees F (50 is ideal).