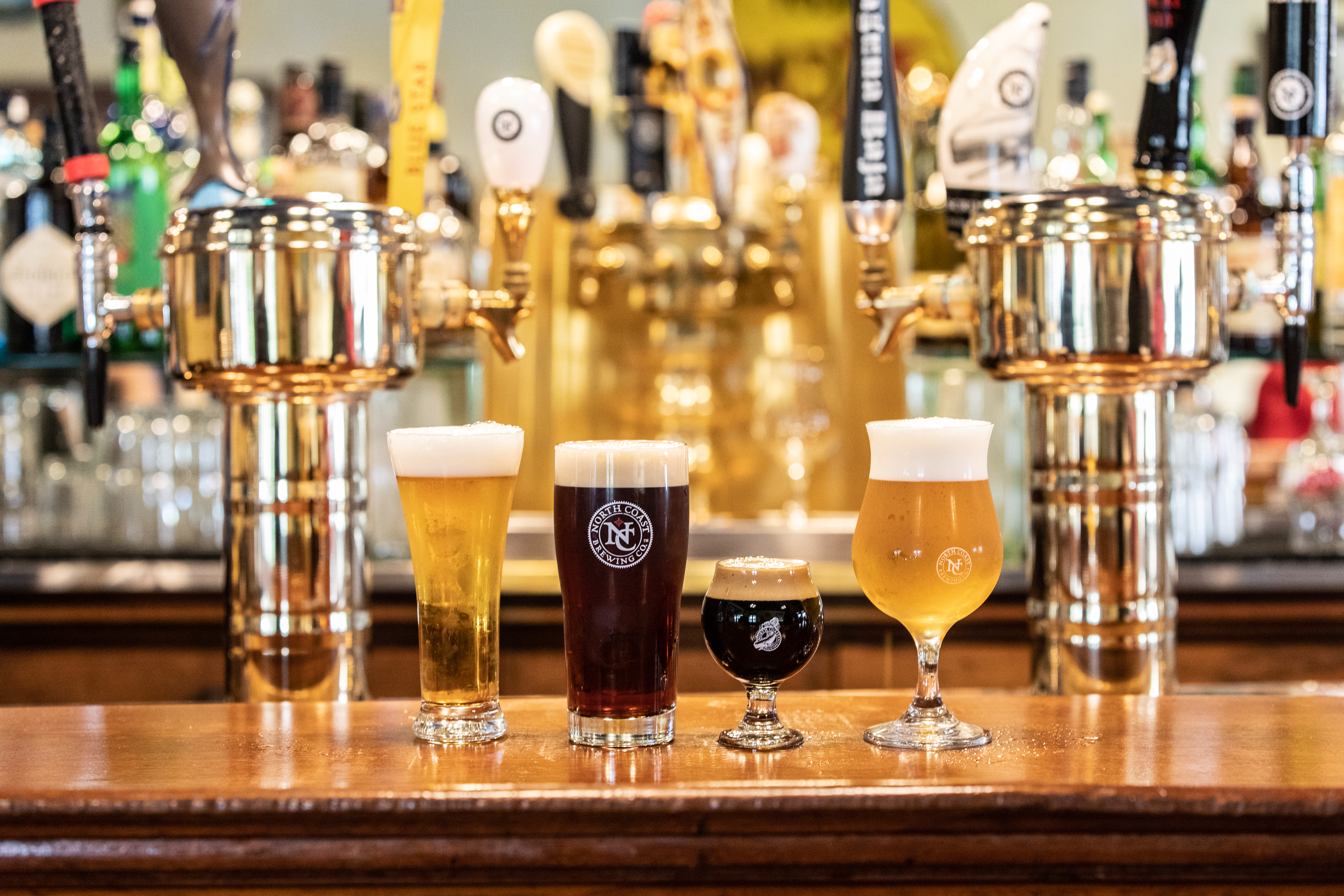 From ​its start in 1988, North Coast has strived to make as small an impact on the environment as possible.

​“​In those days, curbside recycling was just emerging and there were no commercial avenues for reuse of non-returnable packaging,” said North Coast Brewmaster Chuck Martins​. ​“​Reuse of such items were solely homegrown solutions. There wasn’t a whole lot that a small microbrewery could do beyond ensuring that spent grain and food-prep waste were diverted from the waste stream​.”

So North Coast utilized ​their spent grain and food-prep waste as animal fodder by local farmers and ​its spent hops became mulch for the gardens surrounding the taproom.

​“​We were also judicious about use of resources —​ ​like water and electricity​,” Martins said​. ​“​But as a brewery’s production and sales increase, so do opportunities to implement more sustainable practices​.”

Martins said that once ​a threshold is crossed where positive cash flow is regular and expected month after month, capital expenses that improve efficiency and sustainability become affordable. ​He noted​ that ​North Coast’s sustainability efforts that have moved the needle most significantly ​were pretty capital intensive.

Telling ​the sustainability story is crucial to ​North Coast’s sales approach ​as well​.

​“​In fact, it’s an essential part of our story as a company, and it resonates with today’s craft beer consumer more than ever​,” Martins said​. ​“​From distributors, to national chains, to small grocery stores and mom and pop restaurants, the people we do business with on a day-to-day basis are embracing these practices more than ever.​”

​Martins also said that ​​North Coast Brewing ​prides​ itself​ in partnering with like-minded organizations outside of the craft beer industry whenever possible to make sure ​the message reaches as broad of an audience as possible.

“​We keep this in mind with every trade event we participate in from festivals, to tastings and beyond​,” he said​. ​“​From coast to coast, our sales teams make daily use of our B-Corp status, our Non-GMO Project verification status, our waste stream composting operation.

​“​We also share our efforts to raise funds for marine mammal research and rescue as well as supporting jazz education to not only tell our story, but to make us “globally local” to every community in which we sell beer. In this increasingly hyper-local craft beer market, our story sets us apart from other breweries and unifies us with conscientious consumers​.”​