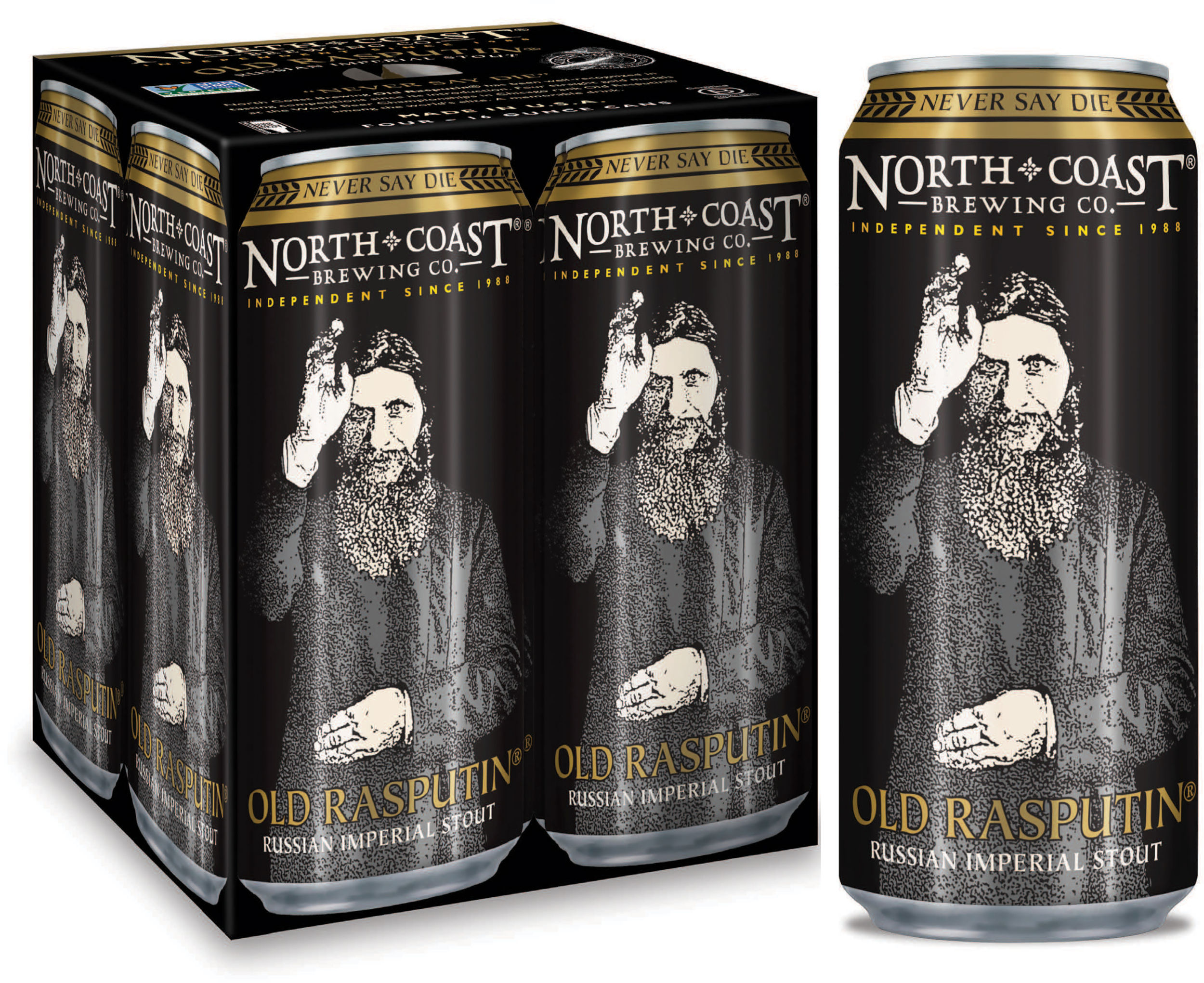 Produced in the tradition of 18th Century English brewers who supplied the court of Russia’s Catherine the Great, Old Rasputin Russian Imperial Stout creates a cult following wherever it goes.

As part of its mission to “Make the World a Better Place, One Pint at a Time”, North Coast Brewing Company is at the forefront in the field of sustainability and philanthropy. Old Rasputin cans will initially be released in recyclable 4-pack boxes, without environmentally harmful plastic in the packaging.

Jeffrey Ottoboni, Chief Executive Officer of North Coast Brewing, indicated that he is “beyond proud to feature this iconic beer in the new package, continuing company efforts to respond to market needs in new and innovative ways and to fulfill its responsibility to the larger world community through its sustainability efforts.”

Old Rasputin has been brewed and distributed as one of North Coast Brewing’s core beer brands since it was launched in 1995, celebrating its 25th anniversary this past April.

For more information, check out our Old Rasputin web page.