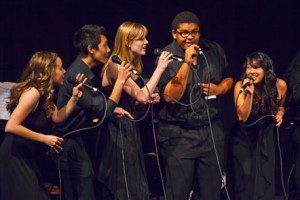 The 56th annual Monterey Jazz Festival will take place Friday, September 20 through Sunday, September 22 at the Monterey Fairgrounds in Monterey, California. Founded in 1958 by legendary jazz alto saxophonist Jimmy Lyons and Ralph Gleason, music critic, San Francisco Chronicle writer and founding editor of Rolling Stone magazine, the MJF presents three days of concerts by some of the best jazz performers in the world. The MJF has the distinction of being the longest running jazz festival in the world.

North Coast Brewing, in its eighth season as the brewery partner to the Monterey Jazz Festival, is the current longest running sustaining partner. This year NCBC is presenting four special beers – Le Merle, PranQster, Old Rasputin and Old Stock Ale – in tastings hosted by the MJF. As usual, Red Seal Ale and Scrimshaw will be served through the Fairgrounds. The tastings are $5 per person. All proceeds go the MJF Education Programs.

NCBC’s Senior Vice President/Director of Sales Doug Moody and Northern California Sales Manager Josh Charlton will be at the tastings to talk about beer and answer questions. The tastings will be in the Festival’s Education Pavilion and are scheduled as follows: 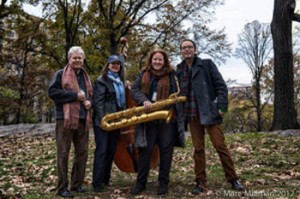 The Claire Daly Quartet will perform on Saturday, September 21 at 2:30 at the Night Club, one of the eight stages at the Festival. The concert, presented by NCBC, will be a performance of selections from Baritone Monk, a CD produced by Doug Moody and entirely underwritten by NCBC. The Quartet’s players – Claire Daly on baritone sax, Steve Hudson on piano, Mary Ann McSweeney on bass and Peter Grant on drums – swing their way through Thelonious Monk’s repertoire with “…the casual joy of a jam session.” Claire will be at the Friday, Saturday and Sunday evening Beer Tastings to sign CDs and chat about her experiences as a jazz musician and making Baritone Monk.

This year’s Monterey Jazz Festival promises a great line up of artists and concerts, jazz conversations, panel discussions, workshops, exhibitions, clinics, and an international array of food, NCBC beer and beer tastings, shopping, and festivities spread throughout the 20-acre Monterey Fairgrounds. There’s nothing quite like it anywhere else on the planet and North Coast Brewing is proud to be a part of this celebration of all things jazz!