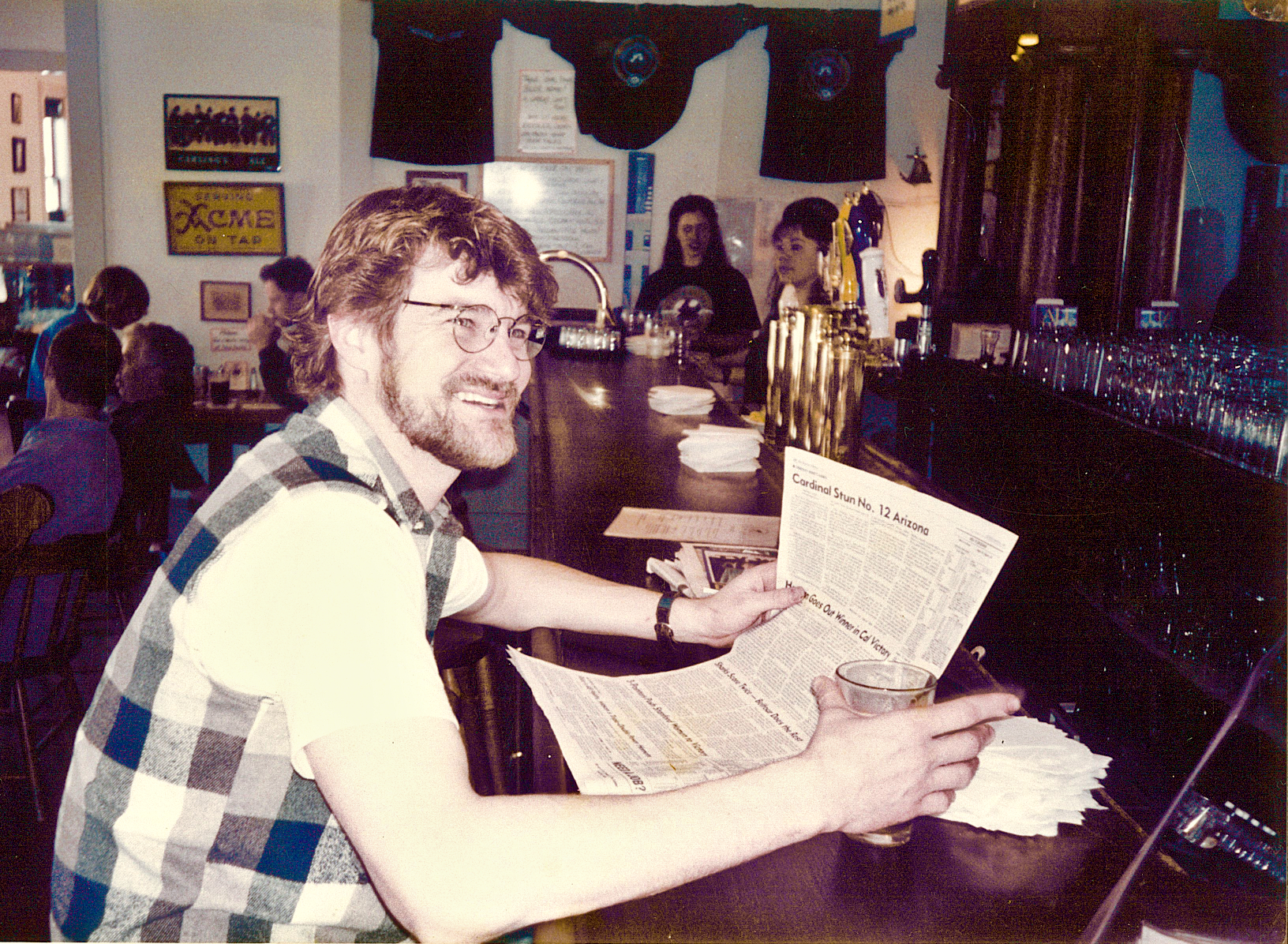 Patrick Broderick’s love of the Los Angeles Dodgers baseball team is well-known to many at North Coast Brewing Company. Indeed, Broderick’s status as a Bay Area native might come as a surprise to co-workers who are familiar with his passion for the club.

How does a man born and raised in the Bay Area become a Dodgers fan?

“I was raised in a household where watching sports on television was part of life,” Broderick said. “The Raiders first Super Bowl win in 1977, Nadia Comaneci’s perfect 10s in the Olympics in 1976, Billy Jean King beating Bobby Riggs in the Battle of the Sexes on the tennis court in 1973 were some examples of big-time sporting events of my early life.

“Then there was the A’s versus Dodgers in the first All-California World Series in 1974. This was a big deal.”

Broderick described his father as “a big Brooklyn Dodgers fan growing up.” The elder Broderick continued to follow them after their move to the West Coast in 1958. Broderick’s mother, however, followed local teams, so she was supporting the Oakland A’s.

“When my mother asked me, an eight-year-old kid, who I wanted to win, the answer was a very important decision,” said Broderick. “I remember thinking about it hard, but in the end, I sided with Dad.” 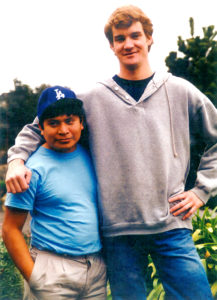 Broderick was born on Geary Street in San Francisco. His family eventually moved to Pleasanton, where he graduated from Foothill High School in 1985. Broderick spent six-and-a-half years earning his college degree between junior college and California Polytechnic State University at San Luis Obispo. At first, Broderick declared Biology as his major “because it was unimpacted and made getting accepted at Cal Poly easier,” he said.

“About two years in, I began to become fascinated with molecular biology and microbiology, so I switched majors,” he said. “Even into my senior year, as all my fellow students were getting ready for Med School, I had no idea what I wanted to do.”

“It wasn’t until I started homebrewing that my career goal began to materialize,” he said.

Once more, however, Broderick’s father would influence his future path.

Broderick’s interest in brewing began when, as a kid in his room, he would smell wort boiling as his father homebrewed in the 1970s. Later, while at Cal Poly SLO, Broderick read a sidebar in one of his textbooks describing homebrewing. He was interested and curious.

“I remembered my dad’s homebrewing and it had been a while since his last batch,” he said. “I talked to my buddies about it, went home, dusted off all of his stuff and brewed my first batch. I still remember the date. March 1, 1990.”

“NCBC was just one of many breweries I submitted resumes to in that year, which was my senior year at Cal Poly,” he said. “Back then there were only about 30 or so breweries on the West Coast and they were all listed in the Celebrator beer periodical. I sent a resume to all of them, including Anheuser-Busch,” Broderick said.

As part of his job search, Broderick called the breweries to find out who the brewmasters were.

“I recall calling North Coast, which was a much smaller company back then, and when I asked who the brewmaster was, the individual answered ‘Who are you and why do you want to know?!’” Broderick said.

It was Mark Ruedrich, co-founder and original brewmaster of North Coast Brewing Company.

Broderick told Ruedrich he was a homebrewing college student seeking an apprenticeship at a brewery. Ruedrich told him a position might open later that year.

Meanwhile, Broderick accepted a job at Anheuser-Busch, in Los Angeles, in their Quality Assurance department. He was not satisfied.

“The 405 over Mullholland grade from San Fernando Valley was brutal at 7:30 a.m., when I would get off my graveyard shift at AB,” he said. “With no traffic it was a 20-minute drive, but there was always traffic, which made it 45 minutes of daily drudgery.” 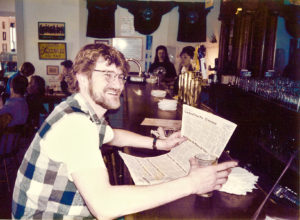 It was during one of those commutes that he began to imagine what Fort Bragg would be like.

“It seemed awfully appealing at that moment,” Broderick said.

Later that morning, he found a note from his uncle, with whom he was living, stating that “Mark from North Coast Brewing had called.”

Broderick would be the third member of the brewing team, including Ruedrich and the late Fred Hahn. At the time, the brewery was a seven-barrel system located in what is now Taproom retail shop. According to Broderick, the team was required to alternate between brewing one day and bottling the next.

On his first day, Broderick was introduced to the bottling line. The line consisted of a five-spout manual filler designed and built by Ruedrich, a foot-operated capper operated by Severo Munoz, who is now North Coast Brewing Company’s brewhouse manager, a hand-operated labeler, and a manual case stacker.

On the brew days, Broderick followed Ruedrich and Hahn, cleaned the tanks, weighed the malt and hops, and polished the copper-clad brew kettle, now in the North Coast Brewing Co. restaurant parking lot.

“[It] looked a lot better back then, I can tell you,” Broderick said.

It was through the brewery that Broderick also met his wife, Lisa.

Lisa’s sister, Jeanine Jordon, was the Taproom manager at the time and Lisa was often around. She started working for the company officially in 1996 when Jordon found herself short on servers. According to Broderick, she threw an apron at Lisa and told her to help out. Since then, Lisa has been a server, a bartender, office manager, and a retail sales clerk for the brewery.

Now one of North Coast Brewing Co.’s brewmasters with Chuck Martins, Broderick continues to be inspired by classic beer styles and continues to brew at home.

“Right now, I am into German beers which, as I’ve discovered, are almost all on the opposite spectrum of IPAs,” he said. “They’re all about malt. Homebrewing classic styles has given me a great understanding of the varied brewing traditions of Europe. It’s amazing how many different styles of beer came from so many countries nestled together on such a small continent.”

“Brewing is like any other art form,” said Broderick. “I see parallels in music, cooking, writing, anything where inspiration is drawn upon from earlier influences. It’s an exciting thing to have the ability to have a concept in your mind, visualize it, plan it, execute it, and create it. I am very fortunate to be who I am and where I am and obviously North Coast Brewing Company is an integral and essential part of that.”