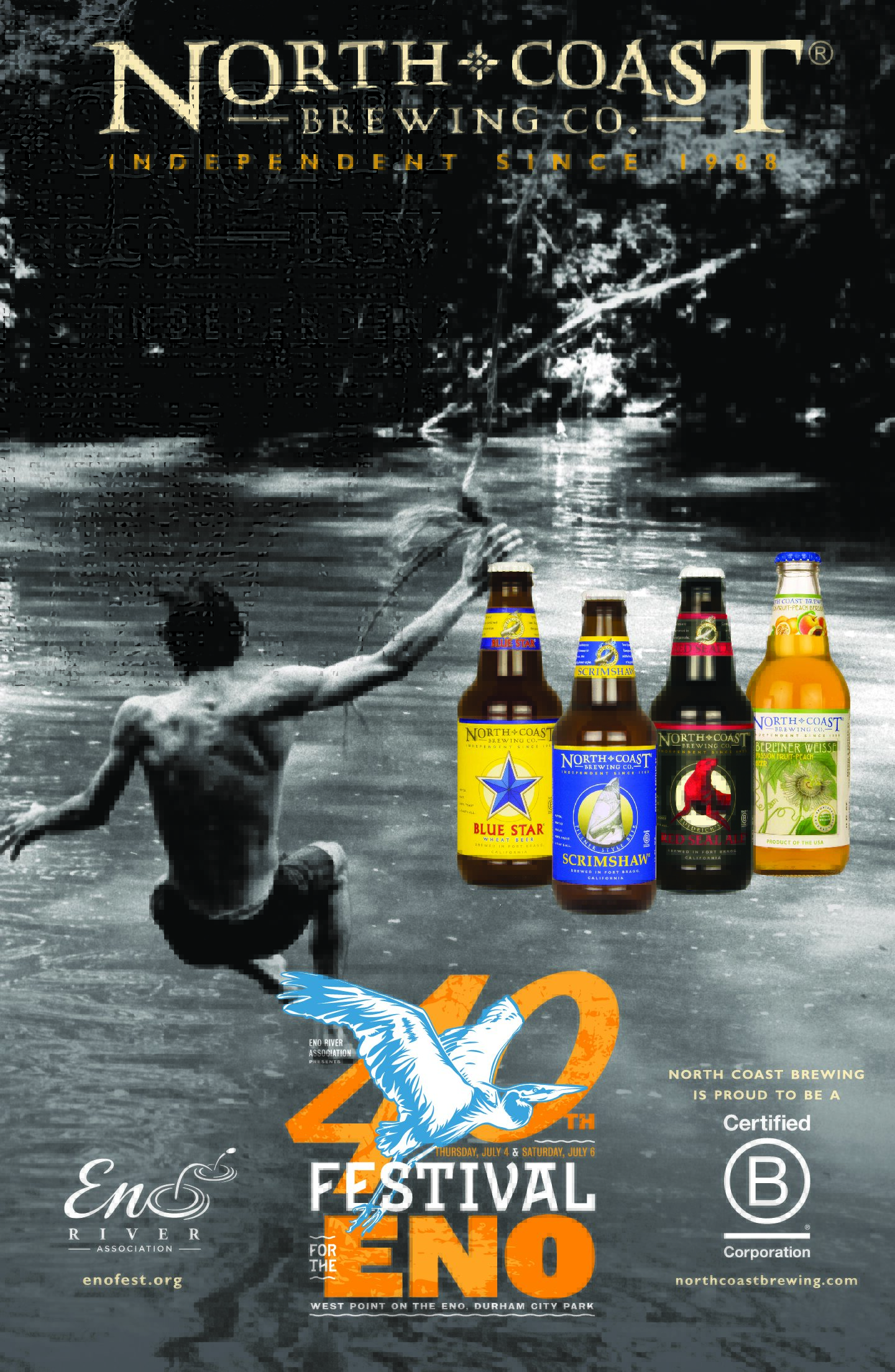 As a certified B Corporation committed to making the world a better place, North Coast Brewing Company passionately supports the preservation of natural, historical and cultural resources of the Eno Watershed.

Mark Ruedrich, president emeritus and co-founder of North Coast Brewing, has deep family connections to the Triangle, which originally inspired the brewery’s support of local nonprofits, including the Eno River Association (ERA). Since 1966, the ERA has worked actively to protect the lands and waters along the Eno River and its tributaries, which has so far protected more than 7,000 acres. There are still nearly 2,000 acres to be acquired for Eno River State Park, and dedicated support from sponsors, volunteers and donations is instrumental in cleaning  up and maintaining the land.

As part of North Coast Brewing’s continued sustainability efforts, the company is now in its second year of a five-year sponsorship of the ERA. This year, the sponsorship is in special honor of Mark’s late brother, Dean Ruedrich, and his immense contributions to the area.

“We’re proud to offer our continued support to this exceptional place and are thrilled at the chance to share our beers with the like-minded community of the Eno River Association,” says Mark.

To learn more about the ERA, please visit: http://www.enoriver.org/