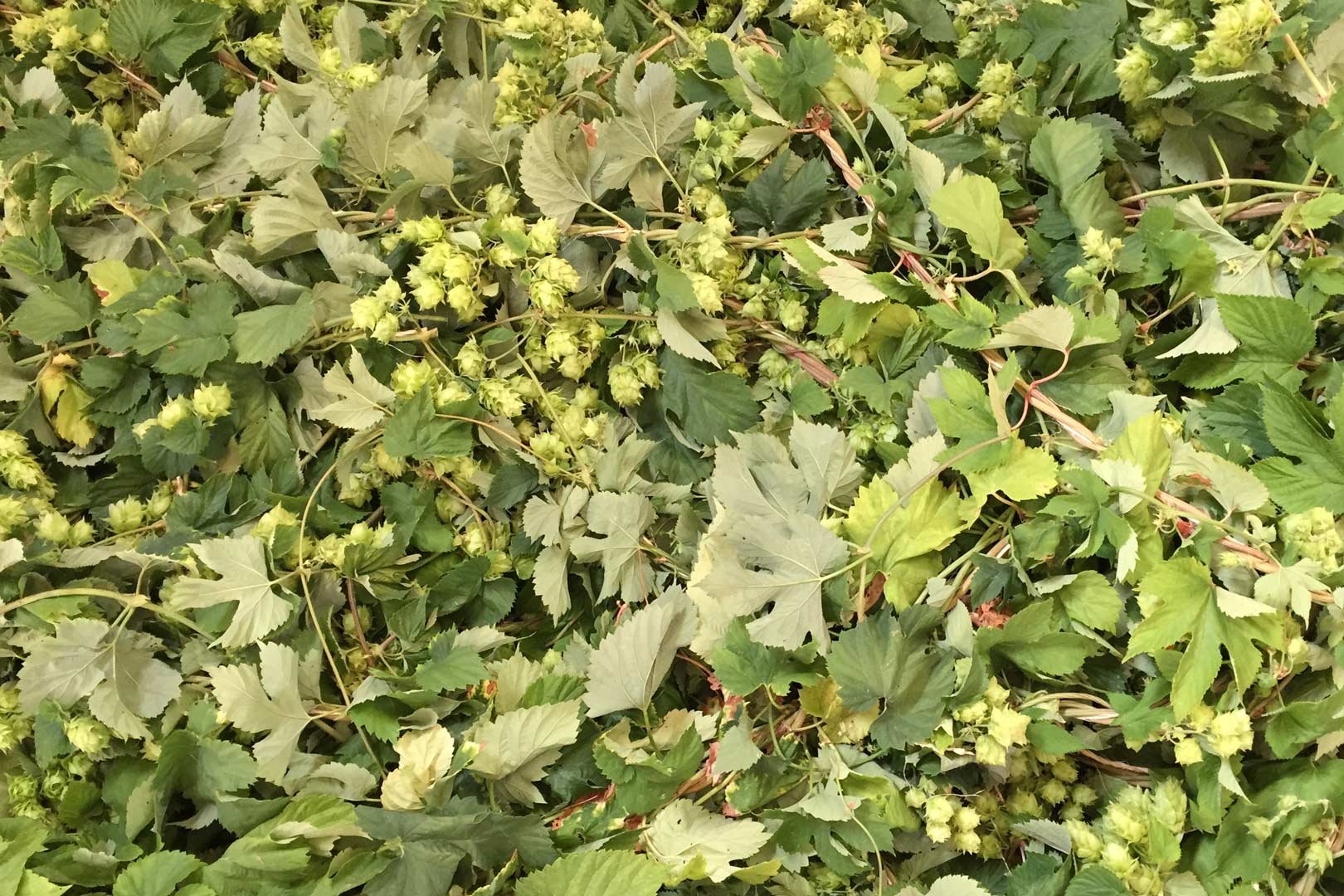 I spoke to Mark Ruedrich this week about Old Rasputin Imperial Stout. The company he cofounded, North Coast Brewing, first made that wonderful beer 24 years ago, and it will feature in a forthcoming “Classic Beer” column. I’m not here to talk about stout, though. Rather, in one of those absolutely wonderful digressions beer people sometimes make, Mark told me a fascinating and entirely-unrelated story about Centennial hops, the keystone of the brewery’s flagship Red Seal Ale. I anticipate you will find it as delightful as I did.

To set the stage, we travel back to 1986-ish. North Coast was still theoretical at the time–it wouldn’t open for another 18 months. To get the brewery going he came to Portland–because all beer stories ultimately come back to the Rose City–for a Craft Beer Conference in the late 1980s. It was a fairly unimpressive affair, with a couple hundred attendees and a couple dozen vendors. One of the vendors would ultimately play a pivotal role in the brewery’s development, however, and it is here where we pick up the story.

“One of the vendors who was in Portland that year was Ralph Olson from HopUnion. Ralph is retired now, but he was the face of HopUnion for almost 30 years. He was always our main point of contact. Ralph had some hops at his table—and again, it was a very underwhelming presence in the trade show compared to what you’ve got these days. Ralph had the most interesting offerings, including an experimental variety of what was called at the time USDA number 415-90. The hop was—we [decided] it was going to be the hop for our flagship beer, Red Seal Ale. I knew that at that moment.”

“Even though we weren’t planning on opening our doors for a year and a half, we ended up buying a bunch of these hops from the crop of the year we thought we were going to open. They did end up changing the name to the much more romantic CFJ90. The hop was designated CFJ90 until eventually, probably a couple of years later, they found it to be commercially viable and they named it Centennial. Ralph took credit, I think rightly so, for rescuing that variety. They were about to dump it. They had tried it in HopUnion test fields, and Ralph really saw a future for that hop—and I agreed with him.”

“The first few years where we were open, we bought a large percentage of the entire Centennial crop. We had bales of Centennials that we had stored in the basement of the local ice house—the ice house was in the harbor for our fishing industry—because we had no freezer big enough to store them. I think one year we had ten or twelve bales.”

“Ralph was prescient; he foresaw what was happening with some of the craft brewers. He hung out with them—the guys at Portland Brewing, and the guys at Widmer. I think he thought, ‘These guys seem to be interested in this kind of hop; I’m going to hold on to it.’ He gave me the impression that he had to save it by sleight-of-hand, to fool other people into thinking that it had been abandoned. He had a couple of growers keep growing it. Keith Houser was one of the growers up there in Yakima—we still buy lots from Keith. It was clear to me that it was a very special hop right from the beginning, and obviously it was really clear to Ralph. I loved it from the first sniff.”

This article was originally published on Beervana on February 20th, and has been reposted here with permission of the author.